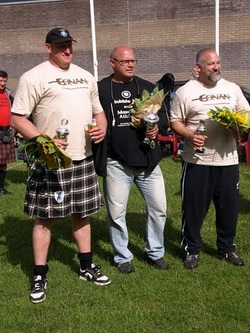 August 5 - Al Stagner (USA),  the reigning World Champion,  is defending his title in Calgary, Canada. He also competes in California, Pleasanton, California. Hans Lolkema (Holland) is also competing in Pleasanton but in the pro class. Myles Wetzel (USA) is in with a last minute entrance for the Masters World!  Wetzel was World Champion in 2007. Danny Hiscock (Canada) is out of competition.

August 10 - Due to financial problems the European Masters Championships in Norway (August) are cancelled.  A pity for all the athletes who prepared for this one.